Whether you're (like me) always planning your next skin-snack and have an addiction to the tattooist's needle, or the thought of having something permanently etched into your skin terrifies you - tattoos make for good conversation. 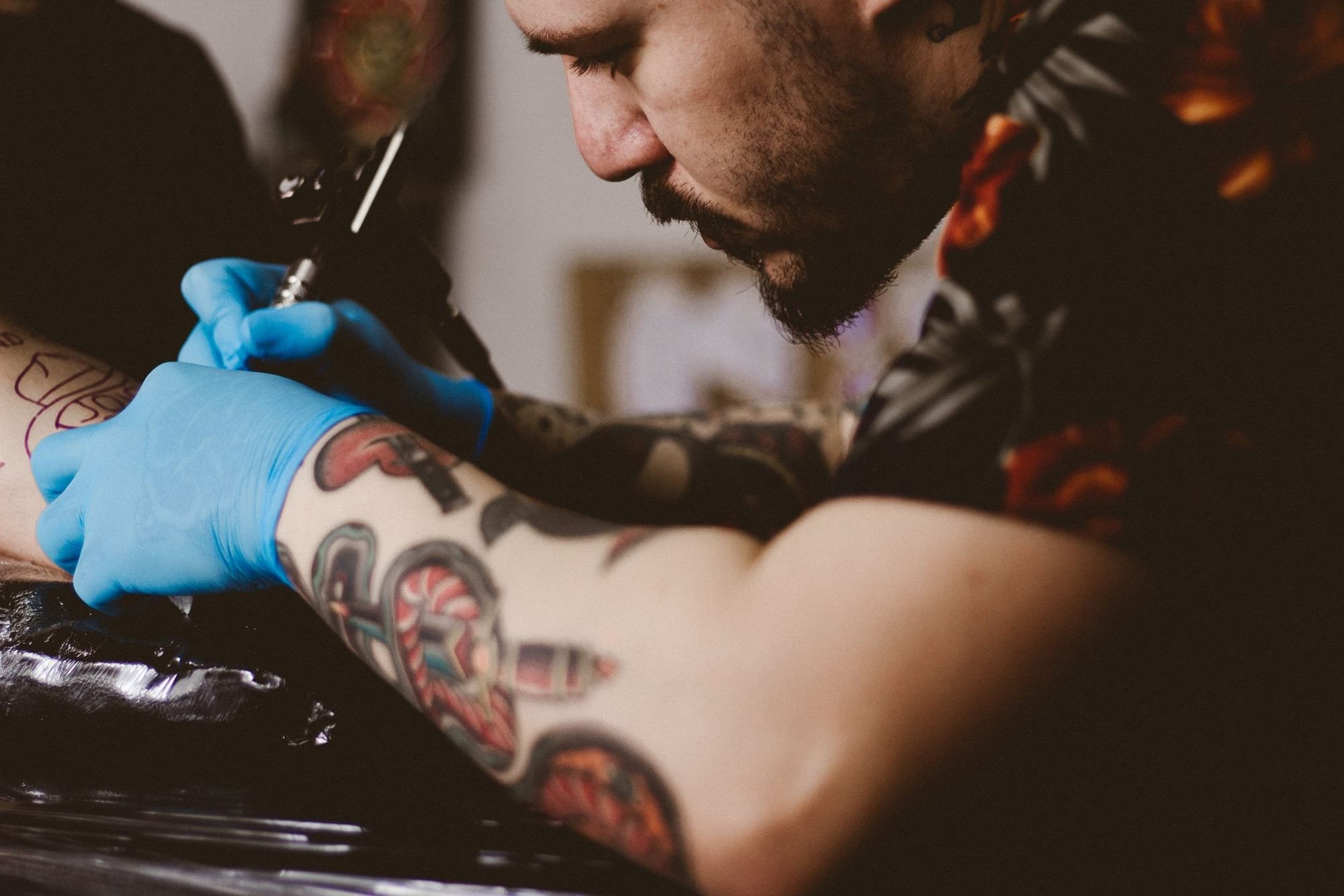 So when you're chatting with Karen in HR about the company policy regarding neck tattoos or comparing ink with a random stranger at a bus stop - drop a few of these fun tattoo facts into the conversation so you sound like a total tattoo-aficionado.

The earliest evidence of tattooing dates back a good 5300 years.  Yup, you read that correctly - we're talking the Bronze Age - around the time that the Sahara Desert was just starting its dry-stage.

You might have heard of the "Iceman" mummy - that frozen dude they found in 1991 on Italy-Austria border?  Carbon dating puts him at around 5300 years old.  You've guessed it - he had tattoos, still visible on his frozen mummified skin.  Fifty-seven tattoos to be precise.  What's even more interesting is that the placement of the tattoos seemed to be for medical purposes.  All his ink was done in places that correspond with Traditional Chinese Medicine acupuncture meridians.  It is thought that the tattoos were considered to help with ailments like rheumatism. 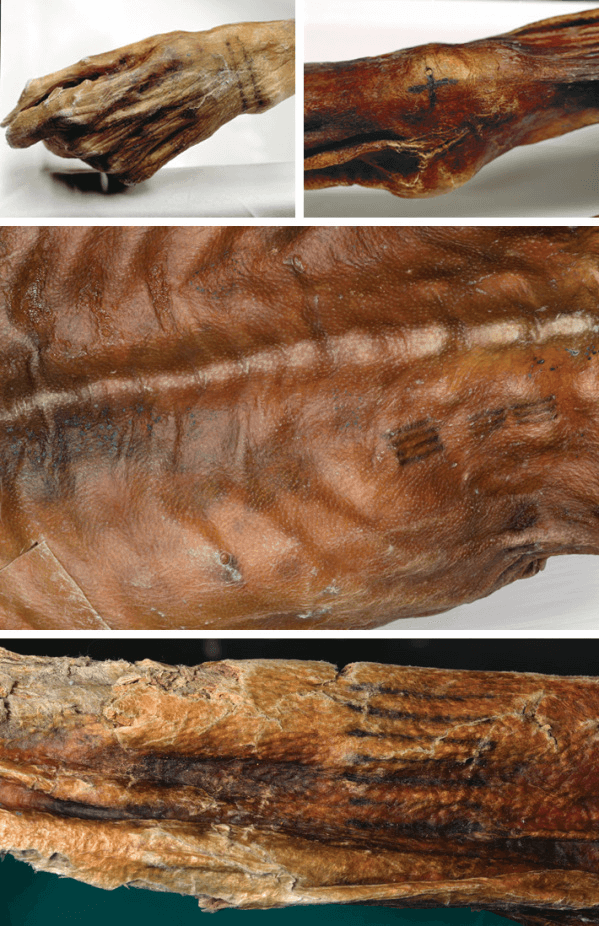 Before they found the "Iceman," thanks to people who wear white-lab-coats and carbon-date old stuff, we now know the earliest records of tattooing came from Ancient Egypt, around 2000BC.  What's more interesting is that it was an exclusively female practice - several female mummies have been recorded as having tattoos. You go, girls!

There are some bizarre laws and regulations out there.

Some countries outright forbid tattooing - Iraq, Turkey, and the United Arab Emirates - but there are also some pretty whack regulations and laws out there for tattoos.

North Korea regulates tattoos according to the content (because, why wouldn't they?).  If you want to get the word LOVE tattooed on you - it will only be deemed acceptable if it represents your LOVE for North Korea or the ruling party (read: Communist Party).  Good thing Romeo and Juliet weren't born in North Korea or their matching tattoos would've got them into a lot of trouble.  Can't help but wonder if Kim Jong-un has a little something inked somewhere?

Getting a tattoo of Buddha can get complicated depending on geography and body-parts.  In Thailand, you may not get a tattoo of the Buddha's head because it's seen as disrespectful, while in Sri Lanka, tattoos of the Buddha are entirely banned.

And let's not forget about the state of Iowa - where you have to be over 18 to get a tattoo...unless you're married. 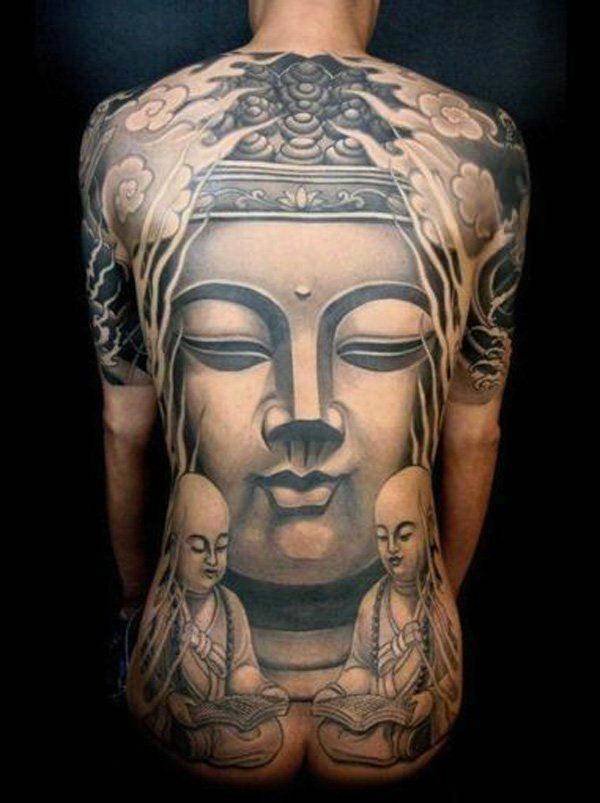 There are a few common symbols or images when it comes to tattoos.  These skin-symbols actually came about for a reason - usually with brave sea-faring sailors back in the day.

An anchor tattoo initially symbolized that a sailor had sailed across the Atlantic Ocean and was later made popular with Christians because it looked a bit like a Cross.  These days, it seems to represent you like a lot of things on Pinterest.

A dragon tattoo was not only for girls in books that hacked into computers and bumped off dodgy old men - it used to mean that a sailor had been stationed in the Far East - China, to be exact.

And a turtle-tatt meant that a sailor had sailed across the equator.  Unless he lied, and got a turtle-tattoo anyway - maybe he needed to explain to his wife and 10 kids why he was gone for months on end.

So, yes, my dragon tramp-stamp is justified after 10 years of living in China - even if I got it a decade before I went to China. 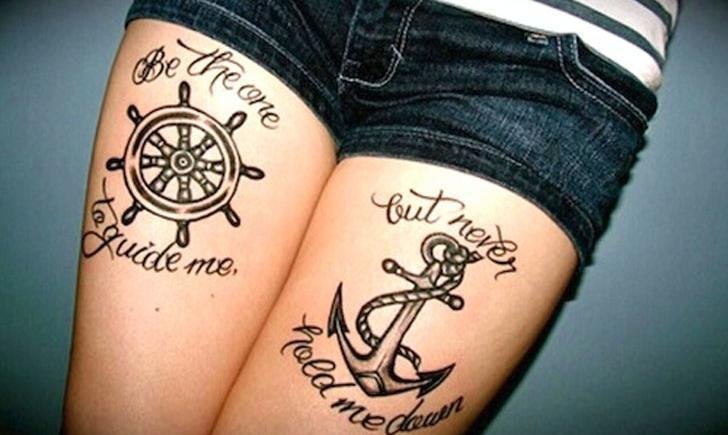 Getting Tattooed Makes Your Brain Happy

Here's one you can take to Karen in HR under the guise of "mental health."

Getting tattooed causes your brain to release endorphins.  It's your body's natural feel-good juice and pain reliever.

This is where the addictive part really kicks in - and something I can personally vouch for.  You get hooked on the high of being tattooed - and we all know we're just chasing the high.

To get technical about it - the first chemical released by your brain is adrenaline - it's your body's natural response to having needles puncture your skin between 50 and 3000 times per minute.  Adrenaline causes blood vessels to contract and sends more oxygen to your muscles.  It's that "fight or flight" response.

The second chemical your body releases are the endorphins.  This chemical, released by your pituitary gland, binds with the neuron receptors and actually decreases the level of pain you're experiencing while being tattooed. 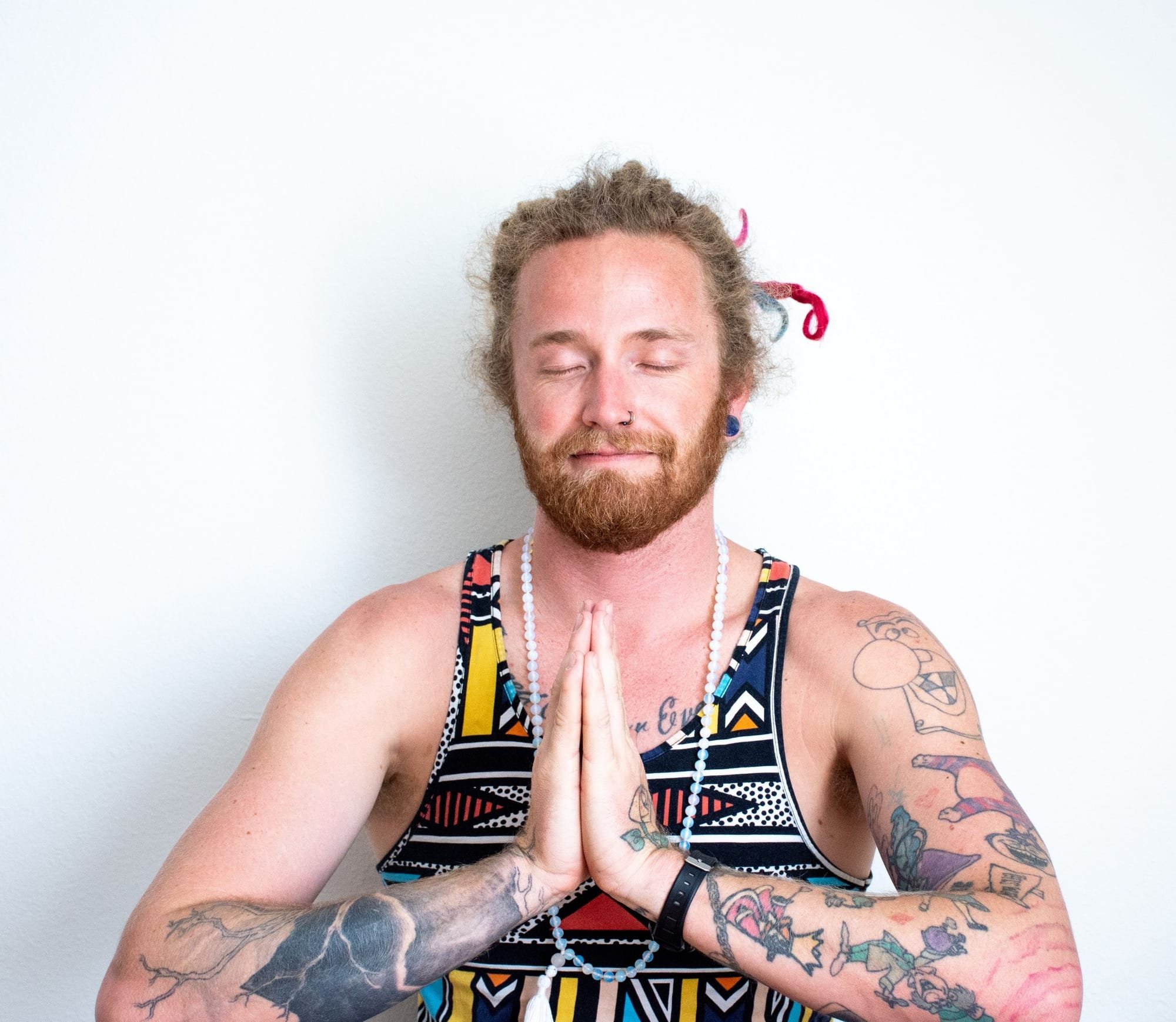 It reminds me of a conversation I had with a good friend, Katy, a few years ago.  It went something like this:

Katy: Why do you get so many tattoos?

Me: (being longwinded as usual) I'm addicted to it - it really helps me manage my stress.  When I've had a rough day, week, month, or been stressed out at work or whatever, I go for a tattoo.  During the tattoo session, it's like I have to overcome the mind/body connection and like go into this mental state where I can like separate my conscious mind from the like physical pain of getting a tattoo.  It's like a spiritual experience or like meditation.

Katy: Have you, I dunno, tried just meditating? 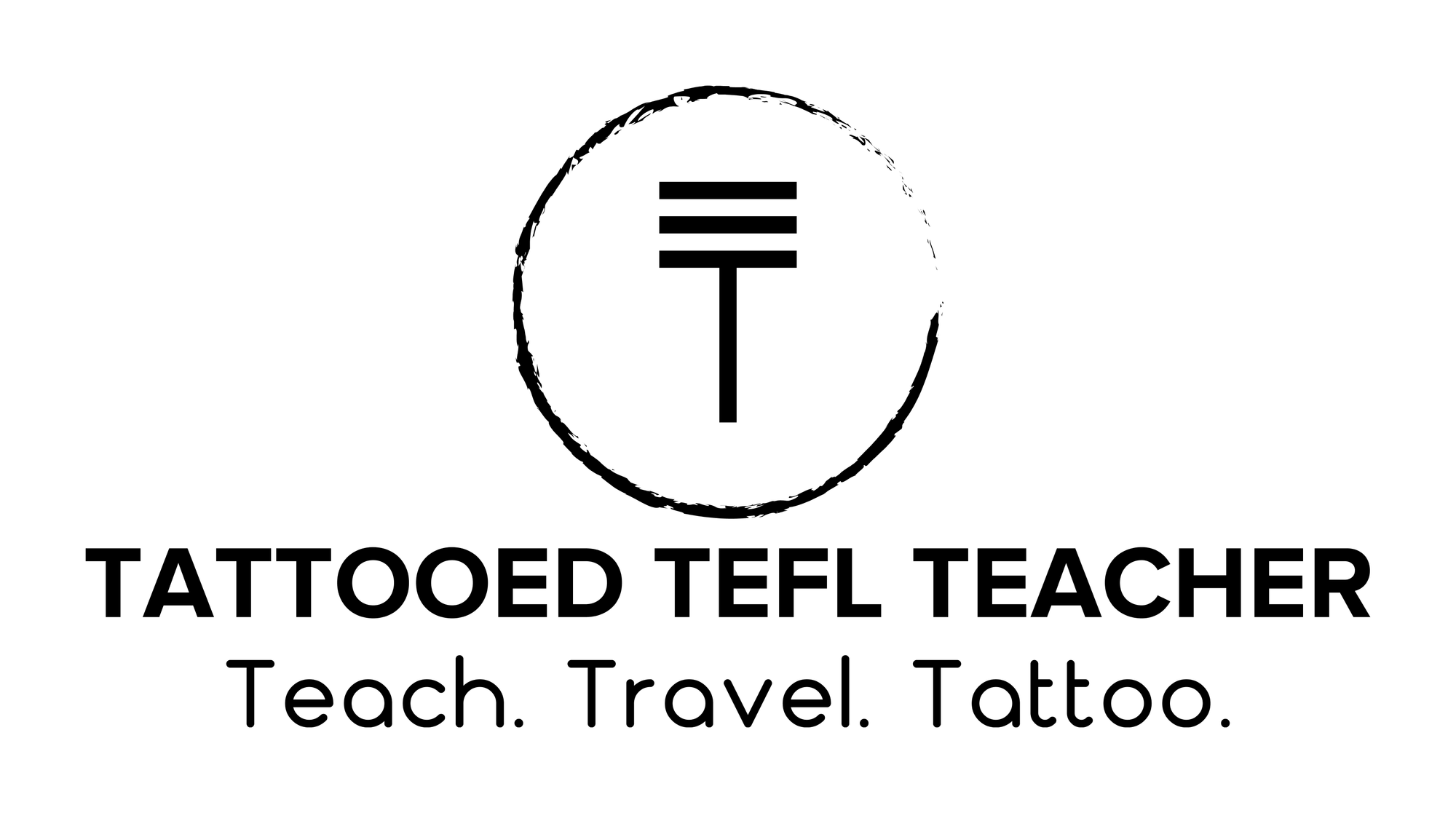